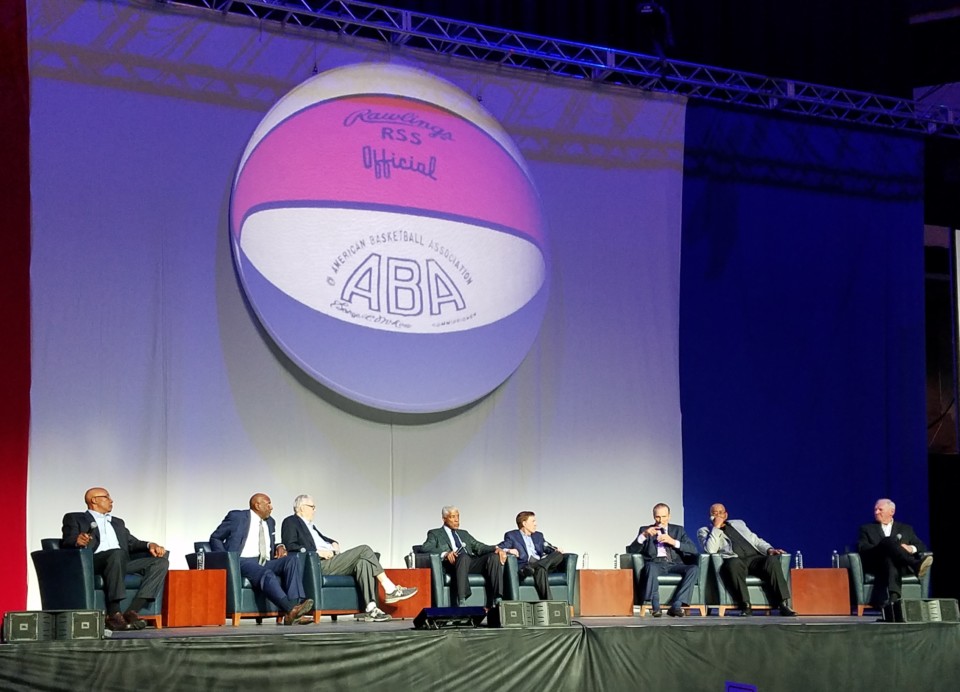 If anything summarizes the success and meaning of the 50th ABA Reunion, that should do it.

You probably haven’t heard of Davis. Why would you? He played in eight games for the Texas Chaparrals during the 1970-71 season, scoring 18 points before he was tossed into history’s dust bin, a forgettable career ended.

As far as Davis and all the people who attended the reunion were concerned however, he might as well have been Julius Erving. Time is the greatest equalizer, and with each passing year health and memory become greater assets than vertical jumps and shooting touches. Nobody compares stats or won-loss records at reunions.

The Willie Davises of the ABA mixed freely with the Julius Ervings during the reunion activities sponsored by the Dropping Dimes Foundation over the weekend. There was a private event for former players and their families at the Emmis Communications headquarters on the Circle, an autograph and memorabilia show at Hinkle Fieldhouse on Saturday afternoon, and a banquet at Bankers Life Fieldhouse that evening.

Please Login. Not a Member? Join Us
Tagged with: Jerry Harkness, Julius Erving