Henderson is one of the more intriguing people you’ll ever know in sports, because of the contradictions.

He grew up amid comfortable surroundings, well above middle class. His father was a doctor and his mother an educator, so there were no financial issues, and the family was tight. That often promotes a soft, perhaps spoiled, kid who doesn’t amount to much in athletics. Highly intelligent athletes often face challenges, too, as they’re more likely to be distracted by outside influences, or perhaps overthink the games. Henderson, though, was the exception. He led IU in rebounding all four seasons, and was much tougher than he looked. 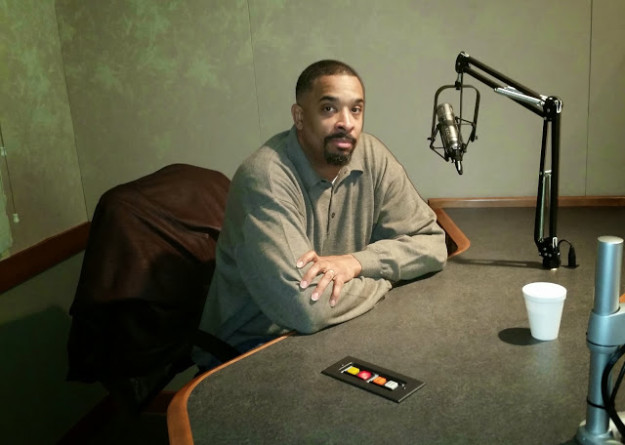 He led Brebeuf to the final game of the 1994 state high school tournament, where it lost to Glenn Robinson’s Gary Roosevelt team .That was Indiana’s high school version of Chamberlain vs. Russell – two All-Americans, facing off for a championship. Robinson got the better of it, and the image of Henderson fighting back tears on the bench furthered the “soft” perception. But he would soon prove that wrong.

He ranks as one of IU’s all-time greatest players, a complete performer who could do it all, and probably underrated. He ranks in the top five in scoring, rebounding, blocked shots and steals, thank you. He was a first-round draft pick by Atlanta and won the NBA’s Most Improved Player award in 1998. He got stuck on some weak teams, though, and finished as a journeyman. Still, he played 12 seasons for four teams, an accomplishment in itself.

He freely discusses the controversies of his high school career in this studio conversation, including his decision not to play in the All-Star series with Kentucky, his careers at IU and in the NBA, and his post-career interests. It was destined to become a double episode, given his willingness to talk. His family life is going great, too. I don’t think he’d trade that for a state championship.