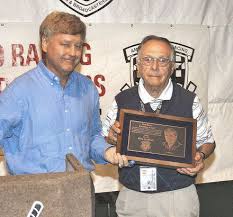 One on One with Mark Montieth
Bill Marvel

As far as I know, Marvel attended more consecutive Indy 500s than anyone but fellow One on One alum Dr. Richard Bennett. He's also the original media relations director for the Pacers, so there's a lot of history to go through here.

Marvel was instrumental in the formation of the Pacers, a member of the bare-bones staff that put in long hours to get the franchise off the ground. He adopted a motto of 110%, and had buttons made declaring that to pass out to other employees. He literally worked himself into a heart attack that season, and returned to a public relations career in racing afterward.

He was part of the fabric of the Indianapolis 500 . My primary memory of him there is the guy dashing around with helmets to be signed by drivers for charity auctions, but he did much more than that.

I've known him for a long time, but we had to do this one over the telephone from his home in Kentucky. He passed away on Dec. 20, 2020.