It’s a shame it didn’t work out for Miller to stay with the Pacers and finish his career with them, but the contract offers he received in 2003 surprised everyone — him included. Donnie Walsh wanted to keep him, but couldn’t afford to go over the luxury tax, so he arranged a trade that, basically, sent Miller to Sacramento for Scot Pollard. 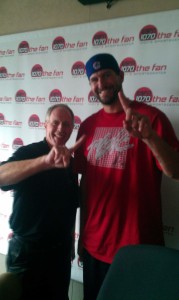 Miller was an All-Star in his only full season with the Pacers, and became an All-Star the next season with Sacramento, when he dropped a triple-double on the Pacers in a game in Sacramento. He wound up playing 14 NBA seasons, with seven stops along the way. Not bad for a guy who wasn’t even drafted out of Purdue in 1998.

That’s amazing, when you think about it. A 7-footer with great hand-eye coordination not being drafted? His NBA career proved the scouts wrong. They held his lack of athleticism against him, and the fact his work ethic and self-discipline were lacking at Purdue. He couldn’t jump and wasn’t quick, but hand-eye coordination is part of athleticism, too. Miller was a great shooter and passer, and was a great fit for offenses that moved the ball – such as Sacramento’s.

He didn’t try to hide his questionable work ethic. He attended the IMG Academy in Brandenton, Fla after his first season with the Pacers, but left after a few days. “I can see how this would help you,” he told the director, “but it’s not for me.” He also admits in this conversation to skipping off-season training at Purdue, going to the driving range, and hitting golf balls at his teammates as they ran by. Classic.

Miller is an outdoorsman at heart, and when we had this conversation in the studio he was part of a hunting show on television. He’s now retired and the last I heard was back living in Sacramento after a short stay in Indy. Whatever he’s doing, he’s no doubt enjoying himself.