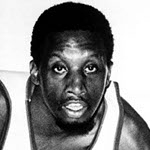 I wish I could have done this one in person, but that was impossible. I had never met Barnett, and our phone connection didn’t seem the greatest, but the inconvenience was worth it to tell the story.

He was on the Gary Roosevelt team that lost to Oscar Robertson’s Attucks team for the state championship in 1955. Somehow, he wasn’t named to the All-Star team for the series with Kentucky and had to go to Tennessee A&I (now Tennessee State) to play college ball. He played for the champion Cleveland Pipers of the ABL and later for the New York Knicks’ championship teams in 1970 and ’73.

He’s not that well-known to most Indiana basketball fans, but should be.