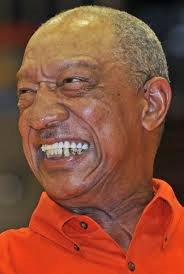 Indiana’s Mr. Basketball in 1962 has a great story, coming from a poor family in Madison, IN and using basketball to create a better life – although one not without its frustrations.

Humes was voted Mr. Basketball in 1962, then chose Evansville over Purdue, UCLA, Cincinnati and other major college programs. He was an All-American for a Division II national championship team there, and averaged 26.4 points over his three-year career. He says he was the last player cut by the Chicago Bulls in 1966, so he returned to Indianapolis and took a teaching job. He then tried out for the Pacers in their inaugural season, and once again was the last player cut.

Devastated, he began a teaching and coaching career that included several stops. All in all it was a fulfilling career despite the frustration of what he missed out on, but who knows? It might have been for the best. His marriage remained intact and he and his wife raised two successful children. Pro basketball might have sidetracked him.

Our conversation doesn’t include his later decision to become an usher at Pacers games, which I wrote about here. It’s ironic for a man who nearly made the Pacers’ roster to become an usher for them, but Humes is a down-to-earth man who isn’t afraid to work and enjoys mixing with the fans. I’ve seen him in action at games, and he’s great at the job. Fans in his section greet him like an old friend – which for many he is.

Ask anyone who knows him, and they’ll immediately rave about what a great guy he is. I found that to be true. I had never met him, but he invited me to come to his house and look at some of his memorabilia before we drove down to the studio. If you can’t be friends with Larry Humes, see a therapist.