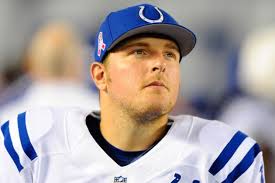 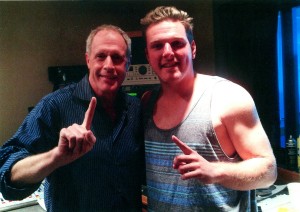 He’s all over the media now, and really good at it. But he’s more than a personality. He’s got a story.

This was the first in-depth “interview” he had ever conducted. I had been after him for awhile, because he was an emerging star punter for the Colts and had survived his moment of infamy in a Broad Ripple canal. We talked about that night – he literally thought he had died – and the impact it had on his career. He’s a classic example of how to overcome controversy by being honest about it, joking about it and moving on. When you do that, it becomes a positive event in your life. You could argue the same is true for Bob Knight’s chair-throwing incident.

The story of how he became a Colt, not to mention a punter, is a good one. You might think you know him, but you’ll learn a lot by listening to this conversation. He came down to the studio to do it. He’s since blown up, becoming one of the biggest sports celebrities the city has had. He sold out two standup comedy shows at The Palladium in Carmel in July of 2015, and was good. You’ll be seeing and hearing him a lot over the years, even after his NFL career ends.