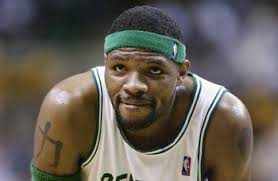 The Evansville native crossed the river to play college basketball at Kentucky, and then played 10 seasons in the NBA. He was most recently an assistant coach with the Pacers when we had this telephone conversation, but was out of coaching at the moment. He later got back in, as tends to happen in the NBA, and is now on Brad Stevens’ staff in Boston. Frank Vogel didn’t keep him on his staff when he became the head coach following his interim stint, but that wasn’t Vogel’s call.

McCarty was never a star player in the NBA. He was most famous for Celtics announcer Tommy Heinsohn’s calls – “I love Walterrrrrrrrrr” – and for being a great singer. But anyone who lasts 10 seasons in the league, even though he started fewer than 1/5 of his games, qualifies as a special talent.