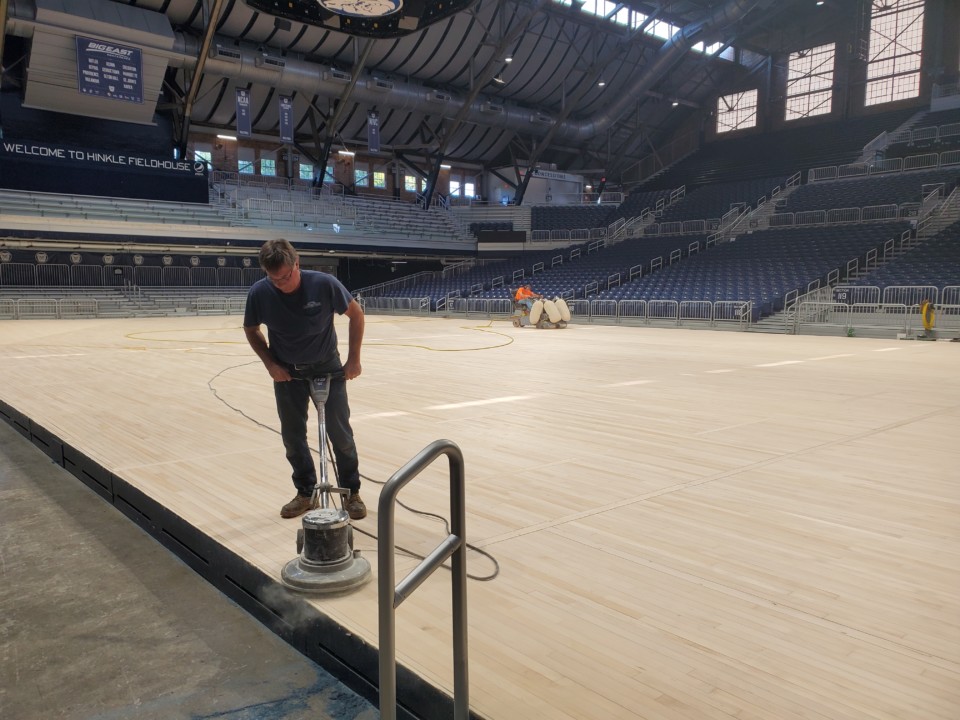 The basketball court at Hinkle Fieldhouse must surely be the most historic in the world, given the number of outstanding men and women who have played or coached a game on it.

Many people within Butler University's athletic department have thought for years that the court currently in use at the fieldhouse is the original, installed when the building opened in 1928. My research found, however, that it was laid down in 1932, shortly before the season began.

The original court ran east-west along the length of the building. It was decided to change to a north-south alignment for the 1932-33 season to allow the installation of more bleachers and increase attendance - for the benefit of the state high school tournament, primarily.

Perhaps the original court could not be taken apart and re-assembled. Perhaps it was damaged. For whatever reason, a new one was purchased. The Indianapolis Star and The Indianapolis News both reported a "new" court was being put down for the 1932-33 season. More specifically, The Butler Collegian, the school's student newspaper, used the word "purchased" in reporting on the new floor. None other than Butler's legendary coach Tony Hinkle helped paint the lines on it.

Although not the original court, it still is almost certainly the oldest court in use in the country. And, given the number of teams who have played on it, it has absorbed the sweat of more great players than any other. Not only those from Butler and its opponents but the NBA's Indianapolis Olympians and their opponents and the participants in high school, college and professional all-star games.

The Pacers have never played a game on the court, but they have practiced there occasionally. That brought Naismith Hall of Famers Ann Meyers, Reggie Miller and Chris Mullin to the floor. Other NBA teams have practiced there as well when in town to play the Pacers, but it is difficult to confirm which teams and which dates. The Indiana Fever once played a preseason game there, and that put Tamika Catchings on it.

The following list includes all the Naismith Hall of Famers who can be verified as having played or coached on the fieldhouse's legendary court, along with their affiliation at the time. There are no doubt more. It also excludes dozens of high school and college hall of famers who have not been inducted into the Naismith Hall. 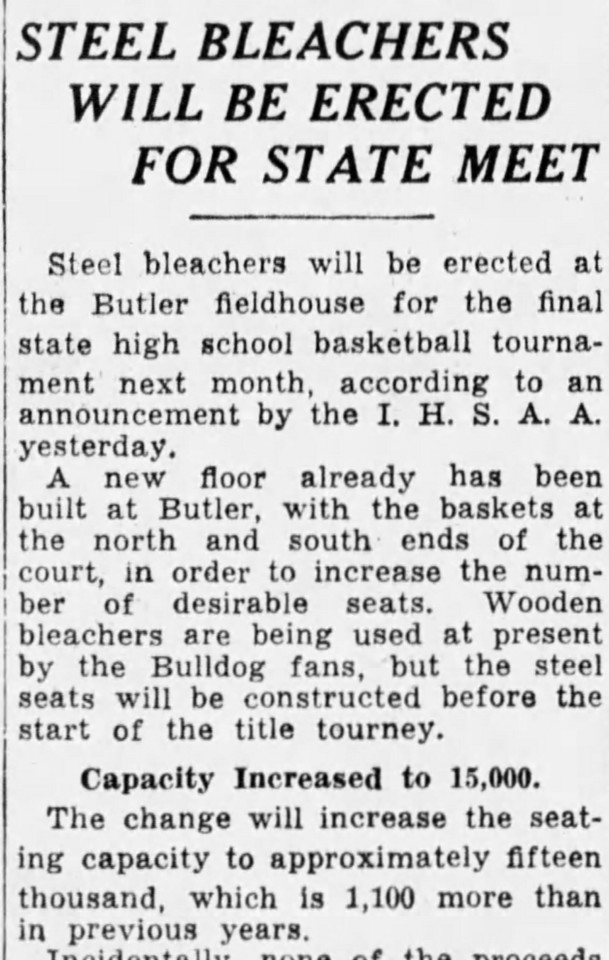