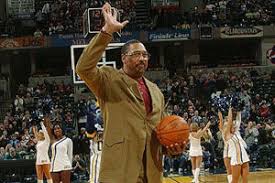 Other stories on this website tell the background of Mel Daniels’ life. This story was written following his death in 2015. Daniels is still mourned around the Pacers’ offices and by all those who knew him well. He was passionate and sometimes his emotions got the best of him in daily life just as during his playing career, but he was as empathetic and humble as he was tough. That earned him the respect and adoration of many people.

Mel Daniels would take your hand in his massive mitt and squeeze until you feared your bones might turn to dust. He wasn’t trying to impress, wasn’t trying to cause injury, wasn’t even squeezing as hard as he could. It’s just who he was. Strong and passionate.

He must have shaken just about every hand in Indianapolis judging by the social media reaction following his death on Friday, because so many people brought up memories of shaking his hand. Or, more correctly, being shaken by his hand.

It’s understandable but misleading, because Daniels had a grip on more hearts than hands. If you knew him you liked him, simple as that. His combination of macho pride and sensitive vulnerability made him impossible to dislike no matter how curmudgeonly he might become on occasion.

He was a two-time Most Valuable Player of the American Basketball Association, the starting center on three championship teams and, since 2012, a Naismith Basketball Hall of Fame member. But he never lost his common touch. He was equally comfortable and friendly with the people who served dinner at Bankers Life Fieldhouse as with team executives and players, reflecting his blue collar roots in Detroit where his father worked in an auto parts factory. 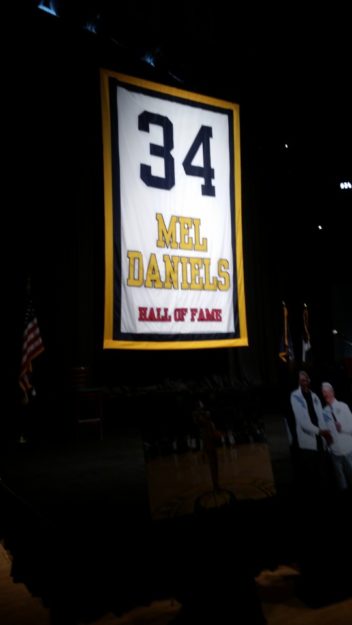 His death on Friday released a flood of affectionate memories, from all walks. His wife, Cece, says she can’t get through a telephone conversation without another call ringing in from people wanting to offer condolences. As many as 17 former Pacer players are expected for Thursday’s 1 p.m. funeral service at Bankers Life Fieldhouse, including several who will travel great distances. Reggie Miller (California) and Jeff Foster (Texas) will speak and Billy Keller (Florida), Dale Davis (Atlanta), Billy Knight (Atlanta) and Clark Kellogg (Ohio) are among those planning to attend. Mark Jackson called Cece to express his regrets about being unable to attend because of his television broadcast schedule. Many former Pacer front office workers also are coming, from all over the country.

Daniels clearly connected with Pacer employees of all roles and generations.

Bob Netolicky was Daniels’ teammate for six seasons and became one of his closest friends. They were proof that opposites can attract. They seemingly had nothing in common but talked virtually every day, sometimes two or three times. Daniels might call him at 3 a.m. to read a poem to him, or at 9 a.m. to ask him if he can still touch the rim.