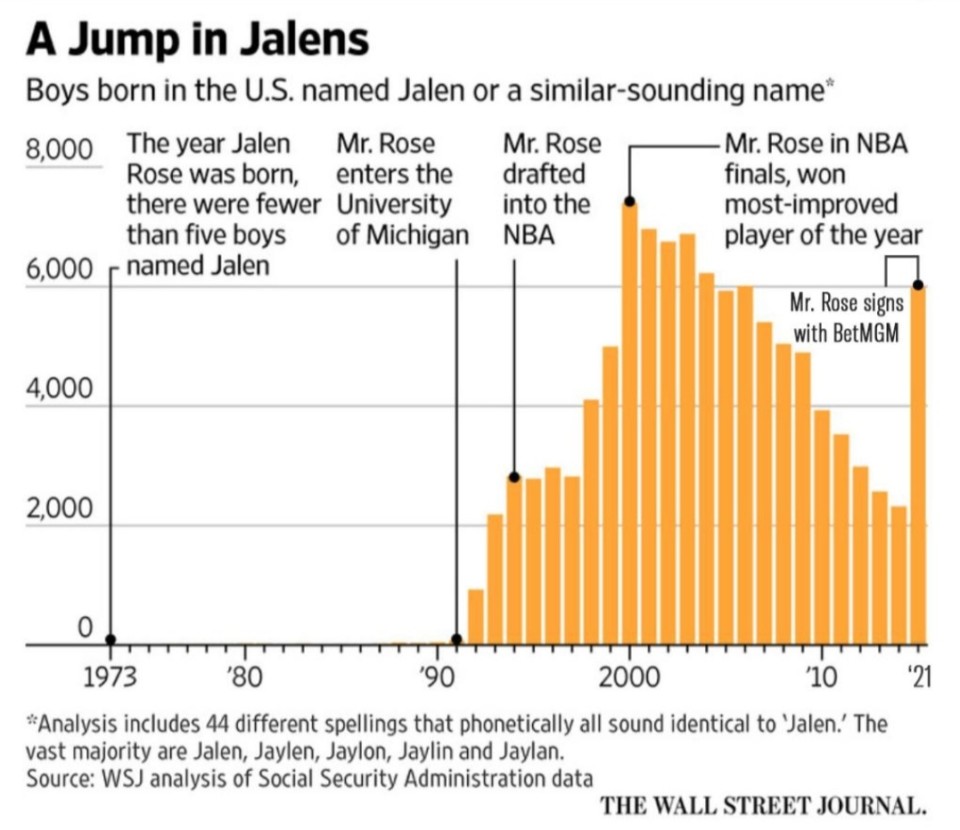 Jalen Rose was the most charismatic member of the Fab Five, the Michigan recruiting class that changed the face of college basketball, not to mention its socks and shorts. He went on to play 13 NBA seasons, including six with the Pacers, and is now a nationally-renown broadcaster.

His greatest legacy, however, is his first name. “Jalen,” or a slight variation, has become a popular name – for boys and girls – after apparently not existing at all before Rose was born in 1973. It’s all attributable to his mother, Jeanne, who combined the names of Jalen’s father, Jimmy (James) Walker, with Leonard, the man who drove her to the hospital to give birth.

It’s likely no person in human history has been as solely responsible for as many namesakes as Rose. Give credit to Mom’s creativity in coming up with a unique, catchy name and to Jalen himself for his unique persona while remaining a nationally known figure for the past 30 years.

The name first caught on in 1992, following Rose’s freshman season at the University of Michigan. Starting five freshmen, the Wolverines reached the final game of the NCAA tournament. Their baggy shorts and black shoes and socks became instant fashion statements, copied by players at every level from the playground to the NBA.

That year, 612 newborn boys and 30 girls were named Jalen. The name’s popularity peaked in 2000, when Rose was the leading scorer on the Pacers’ team that reached the NBA Finals. That year, 3,513 boys and 167 girls were given the name.